Books are not the only material that can stimulate children’s brains. Animated videos have also become a driving force to help children acquire learning at such an early age. Surprisingly, these videos can help in children’s development and provide educational context. So what is the relation between the two and how can animated videos possibly contribute to children’s learning?

Animation in general is a medium that is loved by the old and the young. Because of its nature, which is a sequence of fast-changing images that create the illusion of movement, the human brain perceives these changing images as images in motion. So animated videos are created using different images edited together to form a video. This can help with producing different themed animated videos for different purposes. Videos that can appeal to both grown-ups and can be used in the business industry and for children in educational learning.

Since today’s educational scenario is in a constant challenge to provide enough exposure and material to better promote cognitive development, research has found that animated videos can positively have an impact on children’s development and learning quality in different competence sectors.

One research in particular in Carnegie Mellon University concluded that digital storybooks that use animated video materials can offer beneficial learning opportunities for children in general and those with less developed attention regulation. The reason these types of videos tend to be useful for children is not because of their functionality alone, however, children’s brains also contribute to the success of learning with this medium.

Another research published on UNICEF’s website states how a child’s brain can be developed according to three factors. The first one is the strong relationship not only between the child’s genes and brain development but also the surrounding experience that can shape how the brain will ultimately function. The second factor is the ability of children’s brains to think and imagine at an early age and up to 12. The third factor is the nature of a child's brain to adapt to an early mind setting that can contribute to future actions predicated.

If we came up with a program that includes animated videos as an essential material to children’s development, all three factors will be easily attained. Not only can animated videos enrich the child’s imagination into different experiences, but also help them adapt an early understanding of notions which will then help them in the long run.

Children’s imagination is a reflection of what they see and hear. They can accumulate knowledge on a day-to-day basis in different places. They are also hugely influenced by TV in particular and tend to spend hours watching animation videos in the form of cartoons.

These cartoon movies play the role of stimulator of thought; a medium they can express their thought with as well as acquire different skills they may not be aware of now but will definitely help them in different circumstances.

Animated videos teach children important skills for their learning development journey. One of these skills is problem-solving. Storylines usually have a sequence of events that start with exposition, rising actions, climax, and resolution. Since animated videos are usually created in a form of a story to bring viewers' attention, children will also understand these events from an early age which tends to help them figure out how to solve problems. The act of understanding the concept of a problem can be easily adapted in an animated video.

Another aspect children will learn by watching animated videos is a sense of creativity. Children are born with natural creative skills. Every child is creative in their own way. However, with the progression of time,  they may not be as creatively driven as they were.

Animation in itself is a creative medium and a platform to freely express whatever content you want. Having a storyline in the animation video develops communication skills for children and helps them search for the meaning behind each scene. They are encouraged to create their own understanding of the storyline and not get imposed by a singular meaning. They have the freedom to express what they understand since there is no right or wrong answer.

Animation videos also boost critical thinking mindset. Videos in general are conversational tools that express a certain subject and expect people to give their opinion on what they think of it. They can either describe an everyday situation or provoke critical discussions. Children can practice critical thinking when it comes to solving a mystery or trying to understand common sense. These videos will further enhance their formation of ideas and develop verbal skills. Therefore it is extremely important to be selective in this concept as it can have a negative impact on children's mental well-being.

Animated videos and the art of Personal Growth

When it comes to a child’s brain, in particular, research indicates that videos can stimulate the growth of connected regions which are responsible for memory formation, spatial orientation, and planning strategically. Animated videos can boost children’s brain growth and enhance their memory by %65.

Animated videos also improve spatial relationships as part of children’s personal growth. This concept specifies how objects located in space are in relation to other objects. In this case, animated videos are created using moving images. The latter can make the connection and assist the child in understanding it. In cognitive development, spatial relationships help children understand object behavior; walk, catch objects, etc.

As they understand spatial relationships, they inevitably enhance their personality development as well. Animated videos used in teaching settings have proved to be impactful in their learning journey. Watching a storyline that displays several skills intentionally stimulates an in-depth urge and connections to adapt those skills. This makes learning fun and real. Children are usually looking up to their role models even if the protagonist of the video is an animated character. However, it’s important to also note that supervision in this sense is crucial. Professionals can recommend certain animated videos that portray protagonists with great personalities.

Usually, in a learning environment, lessons become more reliable and can be easily understood when taught through a storyline and performed by an animated character. The act of watching an animated video requires the usage of different senses. Therefore, children will be able to connect the visual and auditory senses as they train themselves by hearing the story and watching the moving images.

After several practices, their brain becomes trained to associate the elements they see in the animated video with what they think and understand from the video. They become skilled in making these connections which will then help them in their studies and everyday life.

It is important, however, to consume these videos in a modest way. Extensive exposure can sometimes lead to a negative impact especially if the content of the video doesn’t fit with the general learning concept. Nonetheless, the positive impact is evident and it can simply mean that professionals and parents need to be aware of their children's content consumerism.

As we have stressed the importance of quality content for children, there is no better way to introduce them to new lessons than having an animated video explaining the different themes and lessons they have to study. The process will be fun but also help them learn effectively.

Another important notion to consider is that animated videos can also be used to help children acquire a new language. Foreign languages tend to be difficult for first-time learners. Therefore using the listening skills to introduce them to the foreign language by having animated characters in a foreign language is preferable.

Animated videos have the potential to refine very complicated concepts and ideas and introduce them to viewers in memorable ways. Therefore, having animated videos in the education industry is probably a substantial way of moving towards an effective learning process.

These videos are not only valid in education but can be consumed at home as well. There are many valuable animated videos on different video platforms such as YouTube. Although the number of videos exceeds all expectations, there is a section for kids and children which is approved by YouTube. The platform also launched its YouTube Kids intended primarily for children. They provide a child-oriented version of the service with more curated content selections. Parents can also control the service as they have established a parent control feature for them to look after the content their child consumes. 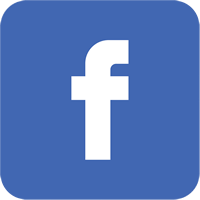 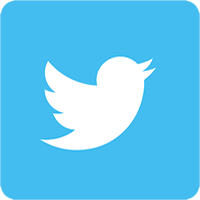 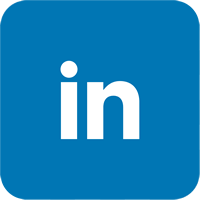 DISCLAIMER: This platform is brought to you by AtlasWeb.Solutions . This site is not a part of or endorsed by or any other way connected to Facebook Inc. and/or Google Inc. Results presented on this page is not typical and can be only achieved through hard work, dedication and full commitment to execute. Every effort has been made to represent this software and training, and it's earning potential accurately. However, there is no guarantee for anyone that you will generate any income using techniques, ideas, ...

ClickBank is the retailer of this product. CLICKBANK® is a registered trademark of Click Sales, Inc., a Delaware corporation located at 1444 S. Entertainment Ave., Suite 410 Boise, ID 83709, USA and used by permission. ClickBank's role as retailer does not constitute an endorsement, approval or review of this product or any claim, statement or opinion used in promotion of this product.